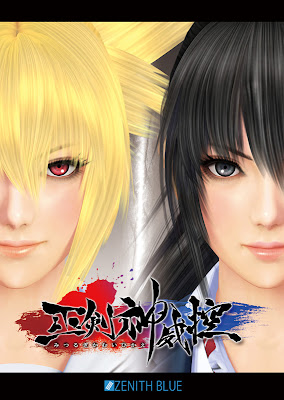 Mitsurugi Kamui Hikae is a 3D action fighting game based upon the Bloody Palace in Devil May Cry series. A single elimination tournament that pits player against many groups of enemies. Each level are set, structured and the player proceeds to the next wave when kill a certain number of enemies. The heroine starts with basic melee attack and charge slash, but by collecting combo points new skills and abilities can be obtained. The game story is around a rivalry between Misa Sasaki and Suzuka, descendants of the legendary samurai in their efforts to restore the power of the magic sword Mitsurugi.