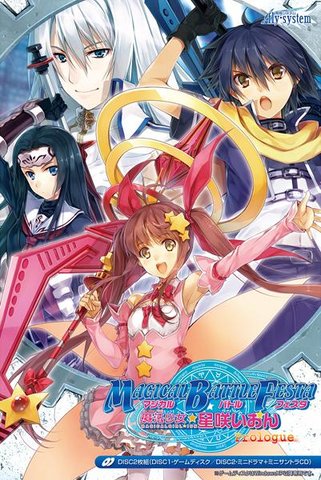 Magical Battle Festa is the next generation of Magical Battle series (preceded by Elemental Battle Academy) from fly-system which was released at Comiket 83, on December 2012. The game has similar gameplay mechanics with its predecessor but with additional magic formation system. Player can create and organize their support units called “magic machine” to assist in battle. “Hoshizaki Ion Prologue Ver.C” is an official release and not a trial version (previously Ver.A and B as trial). This initial version comes with four characters only. The additional expansion disc will be released later with more characters and stages (similar to Magical Battle Arena Lyrical Pack and Complete Form).